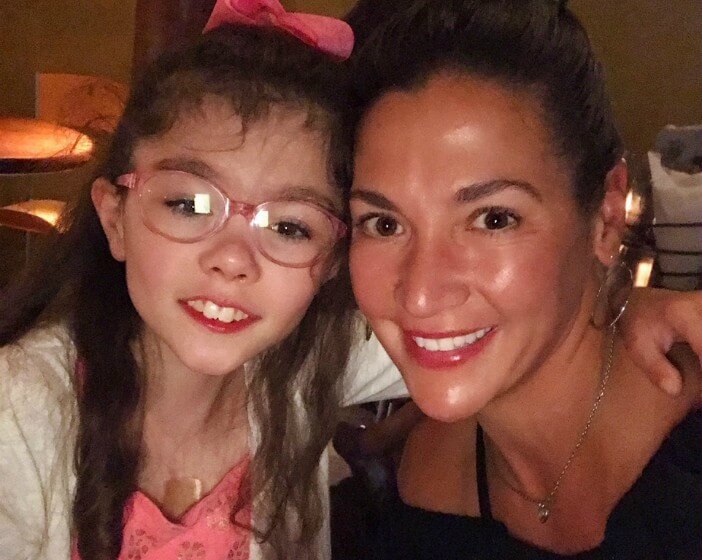 This post is the first in a series for this blog that I’m calling “Parents Who Advocate Well”.  The idea is for parents reading these profiles to get inspired about what is possible when they learn the rules of the special ed process and decide to take their seat powerfully at the IEP/ARD table and speak up for their child’s needs.

Shana Halvorsen is the woman behind the creation of the FaceBook group for parents who have kids in Houston ISD.  She has also organized parents to bring special ed specific issue before the HISD school board and sits on the Special Ed Ad Hoc Committee & newly formed Special Ed Advisory Committee.  Today she spends the majority of her time advocating for her 10 year old daughter in Houston ISD while helping other parents as she can.

How did your advocacy journey begin?

When my daughter was in utero, the doctors found a genetic condition and later, a whole in her heart.  As a neonate, she had a lot of issues.  She had open heart surgery at 6 weeks as well as a host of other surgeries on her palate and her spine.   She’s had a lot of physical obstacles to overcome.  She’s 10 & started the 4th grade.

We started out in Massachusetts, and Boston is a good spot.  We started with ECI almost as soon as she came home from the hospital because of her heart condition.  We had nurses & therapists, a feeding team, speech, PT (physical therapy) & OT (occupational therapy).  She received a lot of therapy and made significant progress

When she was nearly three, we transitioned to the public-school system.  They have a wonderful program in the Ashland Public School system—a suburb outside of Boston.  The very small district even employs 2 BCBAs (board certified behavior analysts).  In contrast, Houston ISD, the fourth largest school district in the country, doesn’t employ a single BCBA.

The school district used a clinic model rather than an educational model to determine educational need.  In MA they had a PT room where she got pulled out to work on strengthening her muscles and her balance.

I’m an attorney who worked in securities litigation in Massachusetts and am not licensed yet in Texas.  I knew nothing about special ed law when my daughter entered the public school in back in Ashland.  I was told to hire an advocate in Massachusetts because I didn’t know the process.  It turned out to be a great experience–everything we asked for, they gave us.  Every week my daughter received three sessions of speech; OT & PT.  They just gave it to me.  At first she was just going to receive two sessions of OT, but I asked for three, and the school said yes without any hesitation.  We had weekly meetings with the BCBA.  She had a weekly social skills class.  The team was even suggesting services and approaches to me that I hadn’t even thought about.

In Jan 2016 (six months before the Houston Chronicle published the Denied series), we moved here to Houston, just after she entered first grade.  She had just had a major spine surgery and was in a spine brace.  I was astonished to be told by Houston ISD evaluation staff that my daughter didn’t need PT because she could walk from the car to the school, walk to class, walk to the bathroom, and she could get up off the floor—they didn’t care that it took her nearly 5 minutes to get herself off the floor.  According to them, she needed no physical therapy.  She could do it, and that was enough for them.  She needed help to take off her brace in order to the bathroom, and the nurse had to help her with that.

I could not believe what we had stepped into.  I felt like I had stepped back 30 years listening to how the school personnel acted.  I asked other parents, and everyone says that’s how it is here.  I didn’t know Texas well enough to raise issues.  I made friends with a mom who has a child with Down’s Syndrome, and she helped me to advocate for more.

I hired an advocate here to help me because my daughter essentially made no progress in second or third grade.

Tell me a little about your child and her diagnosis.

My daughter has a micro-deletion on her 16th chromosome.  It’s a genetic anomaly that’s not linked to any particular, named disease.   We treat her stuff as it comes up.  In Texas she was diagnosed by a doctor as having autism as well.    She’s very high functioning—especially when she’s one on one with an adult.  That makes it tricky because an evaluation—being one on one with an adult—is when she’s at her best.  The evaluators here didn’t catch the issues that she struggles with in the classroom.

What has been your best source of advocacy information & techniques?

www.Wrightslaw.com  I’ve used a combo of wrightslaw to learn what the law actually says.  Then I learned from my advocate and personal experience.  Essentially I’ve learned on the fly.  I feel like there is still so much for me to learn—I couldn’t possibly ask a parent to ever pay me, but I do share what I’ve learned with others informally.  I’m not a professional yet, but I plan to get my license here and practice special ed law.

What is your biggest challenge?

In the first two years here, my daughter made no progress.  The school blamed her behaviors rather than looking at the causes.  They were happy to move her into more restrictive settings.  The principal didn’t understand the basics of behavior or ABA therapy.  Another problem is that there’s not enough staff or training for kids to get what they need.  The size of the district is also very problematic.  It’s difficult to know who to talk to.

What is the best thing that you were able to create or advocate for your daughter?

I finally have her in a good spot with a teacher who cares in the public school with 50% of her day in general ed.  I’m hoping that she continues to make progress.  The district had to pay 210 compensatory tutor hours for make up for not teaching her for two years.  We spent our summer tutoring her the gaps that the 2nd and 3rd grade teachers missed.

If you were talking to a parent who’s new to this whole special ed system, what would be your top piece of advice for them?

It depends on what age your child is.

Most important thing I’d say is to put everything in writing.  Especially if you’re child hasn’t had an evaluation.

When I need something done, I email the principal, principal’s assistant, the teacher, and the special ed chair with a .PDF and then had them all the same document in writing.

I also bring treats to an ARD meeting every now and then, but I’m over doing that.  Nobody eats the snacks I’ve brought in the past.  Now I just bring coffee.