Help! The Teacher Calls Me About My Child’s Behavior Everyday. How Do I Advocate For What My Child Needs? 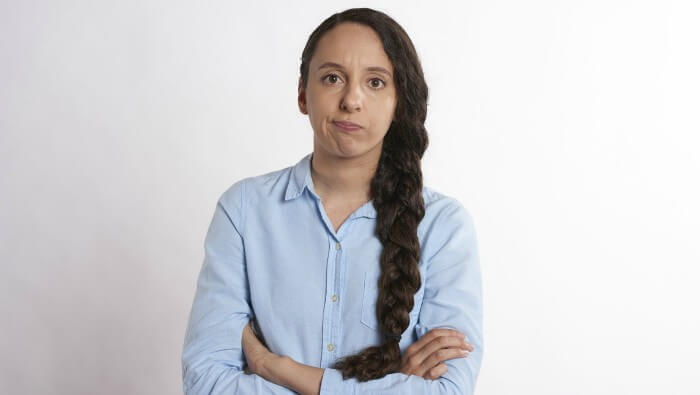 You need to act and act quickly. Behavior that’s allowed to get out of control at school can have disastrous consequences for the child.

First, you have to understand that there is a HUGE difference between teaming up with the teacher in a collaborative manner and responding to daily pleas for help. Of course parents should help the teacher understand the approaches that help your child as well as any medical or health conditions that may impact him in the classroom. However, when the teacher calls a parent more than once a week and states that they don’t know what to do, then there is a bigger problem. Clearly the teacher lacks the training, support, and resources to do her job in the classroom for a student with a high level of need.

Get out your to do list, because if this post applies to you, it’s time for you to get busy.

The first thing you need to do is get a notebook or some system where you can keep a daily log.

I’m old school, so I tend to prefer a composition or a spiral notebook. For those who live on their phone, there are a host of on-line & app options that can serve the same purpose. The key data your system needs to track in a way that is easily accessible and sharable is a log with dates & times of who did what when.

In your system, keep tract of these three key pieces of information:

1. The timestamp (date & time)
2. The action
3. Who is going to do What to follow up to that action.
4. BONUS: record your observations of your child at home—especially note if they are having difficulty with a particular subject (reading, writing, math, etc.)

Example
8/3/20 3:50 pm Ms. Smith called to report that Child was acting badly in class, and that she doesn’t know what to do. We talked about the strategies I use at home. No follow up.
8/5/20 9:30am Ms. Garcia (the principal) called to ask me to come pick up Child because he’s acting out. Follow Up: I picked him up at 10am.
8/5/20 11 am Child had a melt down when I tried to get him to do his reading homework. Follow Up: we took a 5 minute break, and then did short timed reading sessions with a timer.
8/5/20 4:30 pm I emailed Ms. Smith requesting an ARD. Follow Up: waiting for a response
8/6/20 4:00 pm Ms. Smith called to report that Child was outing out in class—he used bad language, and tore up his papers. Follow Up: we discussed consequences.

The reason you want to document things in this way is because one day quickly runs into the next, and details can become fuzzy over time. You may also notice a pattern.  Does your child tend to act out during a specific time or day?  Also, it becomes very powerful evidence if you decide to file a complaint or due process because the school is failing to do their part.

One very common tactic that schools use is to wait until the ADA time, and then call the parent to pick up their child from school.

What happens is that Texas schools receive money from the state based on how many children are physically present in school every day. Schools determine who is present by taking attendance at a set time in the morning, usually between 8:30 – 10:30. It’s unique for each school. This is called reporting Average Daily Attendance, referred to as ADA.

A common issue for children with unaddressed behavior problems is that the school will count the child as present for the day and then call the parent just after ADA time to pick the child up. In other words, the school is getting paid as if your child is present when they actually sent them home.

So if you notice that your child’s school has an ADA time of 9:00am, and you log in that the teacher or principal is calling you to pick up your child at 9:30am, then you have this problem.

Regardless of whether the school is doing this or not, you should respond with two questions, “Does he have a fever or has vomited? Is he suspended?”

If the school answers no to both of those questions, then refuse to pick up your child.

If your child has a 504 plan, that plan should include behavior strategies.

If your child has an IEP (Individual Education Plan), then that plan is SUPPOSED to include goals, services and supports to address EVERY area of disability, including behavior. Teachers and principals begin calling parents to pick up their child from school before the end of the day when the plan fails to address behavior effectively.

If your child has behavior issues that impact his ability to learn in the classroom, there should have been an FBA (Functional Behavior Assessment) done as a part of his FIE (Full Individual Evaluation). The problem is that the schools are really bad at conducting decent FBAs.

Ninety-five percent of FBAs that I have read as a parent and/or in 15 years of advocacy were done by LSSPs (school psychologists) that just describe a behavior without identifying WHY that behavior happened. The WHY of a behavior is called the function of a behavior. Without knowing the WHY of the behavior, the plan to address it will fail.

My apologies to LSSPs who are reading this, but this has been my experience advocating in eight of the districts in the Houston area. Y’all need to up your game.  The observational FBAs usually do not include a test of which of the 4 functions of inappropriate behavior are at play. This is often because the LSSPs don’t understand enough about the functions of a behavior to be able to test it. Someone who does understand the functions of behavior can conduct a decent FBA in about 3-4 hours—not the 3 months that LSSPs say that they need.

Detailing what a good FBA should have in it is going to have to be another blog post. For now, what you as a parent needs to know is that your child’s evaluation should have included an FBA. That FBA should identify what the functions of the behavior are.

If the teacher and the principal are calling you to complain about your child acting out at school, then the BIP is not working, and a new one needs to be developed.  If your child has a 504 plan and the behavior supports aren’t working, then he may need an IEP to have a BIP.

You need to go back and look at your child’s current FIE—remember, they are good for three years. Was an FBA included? If there was no FBA, then you need to request one at an ARD/IEP meeting and sign consent forms.

Now look at your child’s IEP. Does your child have a BIP? If so, then you need to request an ARD/IEP meeting to rewrite the BIP.

If you don’t plan to bring a knowledgeable advocate to those meetings with you, then you need to read up on FBAs, behavior, and BIPs and make yourself an expert.

You need to act, and act quickly! If behavior is allowed to get out of control at school, there can be disastrous consequences for your child. Anything from being arrested, or removed from the school for an alternative placement. As a parent who had to pick up her child from school in handcuffs on more than one occasion, I can assure you it is not something you want your child to have to experience.

The schools can be very happy to blame your child for his behaviors while ignoring their part in making those behaviors worse by using inappropriate teaching methods, classroom strategies, or not enough support. Unfortunately, the only person who can hold them accountable is you.