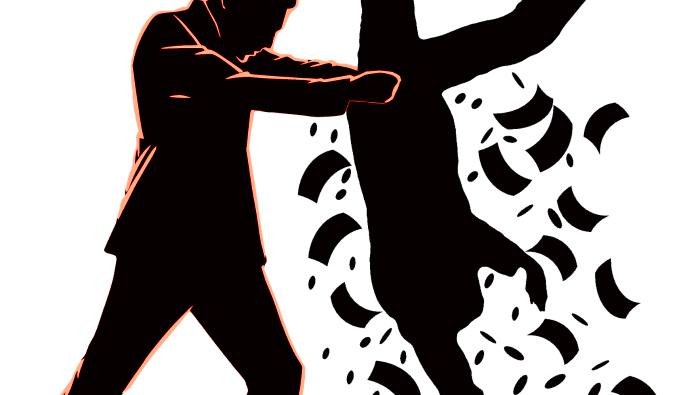 Have you ever heard this answer in response to your request for services for your child?

We don’t have the money.

However, schools really are struggling to finance everything.

That’s because those who run the state of Texas have essentially been stealing from our kids.

Now that may sound like a strong accusation—inflamed rhetoric during one of the most contentious elections in the last hundred years.

It may also sound really different from my blog post last week about the $1,500 grant that Gov. Abbot is making available to 20,000 families of children with certain disabilities.

While the grant is good, it’s just a $20 million drop in the bucket compared to the $1.2 billion that Gov Abbot redirected from school coffers this summer.

And I’m not the only one who thinks the State of Texas is stealing.  Here’s what Troy Reynolds, of Texans for Public Education says:

Teachers and students have been getting screwed by the state my entire career, to the point that the legislature has turned schools and our children into a financial milk cow and a political pawn for their own purposes.

This article is going to go a bit deep into some of the nitty gritty of the funding mess and end with some practical tips for you to take action  if you want to advocate for your child’s school to have more money.

How The State of Texas Stole Federal CARES Dollars

In June of this year. . . . .so about three months ago, Texas took the $1.6 BILLION—that’s billion with a B—that the federal government gave it through the CARES act especially for public schools and used it to balance the budget.

That’s like a college kid taking money that their parents sent them to buy books for school and using it to pay off credit card debt.  And then that kid complains they don’t have any books.  Insert eye roll emoji.

So instead of Texas getting that money to local schools for them to pay for:

Gov. Abbot took the money to balance the state budget.

Now to be fair, they aren’t the only state to do this.  It’s just the latest episode in a looooooooooooong and sordid history of the state stealing from our kids’ by redirecting federal education dollars.

Remember waaaaaaaaaaaay back last year to the end of the of the 86th legislative session in June 2019?

I know, it’s hard to remember anything pre-Co-Vid, but stay with me a minute.

In June of 2019, the Texas Legislature announced that they were giving upping their share of educational spending from $60 billion to $41 billion to 52.6 billion.

Education is funded in Texas with a mix of local property taxes and state funding.  This current patch work system is a mess.  There are only a handful of people in the state who even understand it.  The only thing that most people know is that their property taxes are really high, and their public schools aren’t that great.

If you want a quick and dirty overview of how the Texas school funding system works, read this.

The issue began about a decade ago, when Texas began to gradually lower its share of funding and raising the amount of local property that went to fund the schools.

In some areas, this has resulted in really high property taxes.

So when people relocate here, elated that there aren’t state income taxes, they are shocked and deeply angered to see their first property tax bill.

In 2019, after hearing from angry parents, teachers, and school administrators around the state, the 86th Legislature agreed to pony up $11.6 Billion (again billion with a B) more state dollars for public ed.

Why Wasn’t This Enough

However, most of the districts I know are still complaining that they don’t have enough money.  And I’ve tried really hard to track how much money the local districts I work with received.  It turns out that the districts used most of that funding bump up teachers salaries to catch up after they were cut ten years ago.

And not all of that funding increase went to schools.  $5.1 billion, or nearly half of that money, went to lower local property taxes.  That left only about $7.5 billion to be distributed amount the state’s 1,247 school districts in the form of funds that they could immediately use for what their students need. That works out to roughly $6 million per district.

While that may be a lot for a small district, that’s nothing for many of the larger districts in the Houston and Dallas area. And most of that money went to teacher salaries—not to hiring more speech pathologists, occupational therapist, dyslexia specialists & dyslexia curriculum, Board Certified Behavior Analysts, or para professionals.

Now, I’m not denying that teachers needed a pay raise.  They have been dealing with pay cuts since Texas drastically cut all spending in 2012.

Teachers’ salaries were just getting current.

The problem for parents with kids in special ed is that this additional money hasn’t taken into account the increasing number of kids who are more expensive to educate entering the system—and this budget increase really didn’t even begin to address them.

Kids who were displaced by Harvey.  The ever-increasing number of children diagnosed with autism and mental health issues.  And don’t forget that 5% of kids who were denied special ed services between 2004-2018.

That was another time when the state stole money from our kids.

Part of that remaining $7.5 billion increase in education funding included money to cover the cost of the big federal penalty of $223 million dollars “for illegally decreasing spending on special education.”

Students who need special ed services are about 12% of student populations on average throughout the country.

And TEA (Texas Education Agency) still hasn’t come up with a plan to address what will happen with the tens of thousands of children who were denied special ed services and are still trying to get them.

The costs for the extra evaluation and therapeutic staff needed to serve these students hasn’t even begun to be addressed.

And Don’t Forget About the ECI Cuts

Still another group of children with disabilities that Texas leaders have stolen from are the children from 0-3 who are supposed to receive services under something called ECI (Early Childhood Intervention), which is actually funded through part C of IDEA (Individuals with Disability Education Act).

A few weeks ago, the US Department of Education found Texas to be in “significant noncompliance”
with the guidelines for ECI services.   The letter went so far as to state that Texas had failed to ensure access to speech, occupation therapy, and other services guaranteed to them by IDEA.

Texas has been ordered to come up with a plan to make these services more available again.

There are going to be some problems with that.

Many of the ECI service providers have gone out of business because of the cuts.  The therapists that they employed have gone on to other jobs.  There’s no a quick fix to get service delivery back up to what it was in 2011 when the state began making those cuts.

What Can I Do to Support Schools Getting More Money?

Remember, if we keep busy in our own lives, we’re going to keep getting the results of Texas redirecting our children’s education funding.

If you feel nervous about calling your legislator, just remember, they work for you!  And also, as few as 10 calls about an issue is enough to make the legislator start being interested in it.